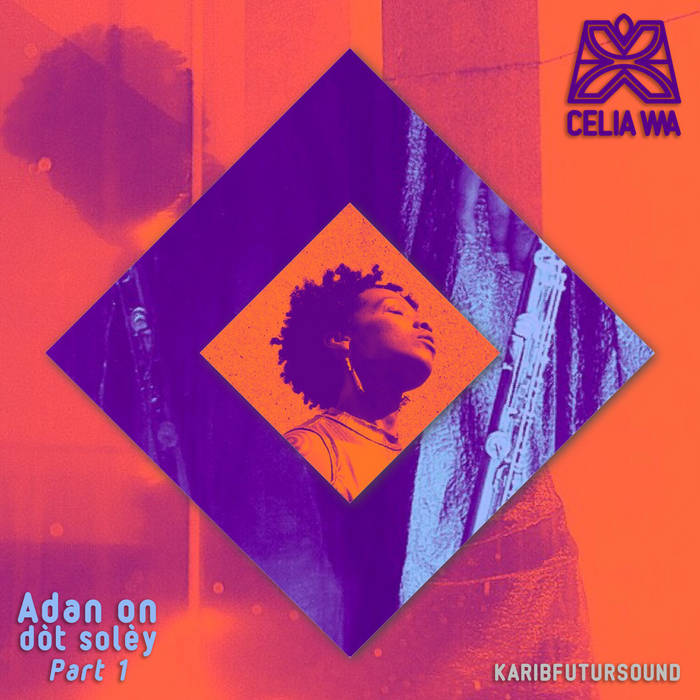 Célia Wa invites Ka(ra)mi as a beatmaker on this Ep which proposes an interstellar and poetic electronic music.
Between earth and sky, it is another point of view, another world, another universe which is here exposed to you.
3 pieces: The earth, the celebration and the farewell to go to a renewal, "on dòt solèy". ADAN ON DÒT SOLÈY is an expression in Creole Guadeloupe that means goodbye. Literally in another sun, another life, another day.
Célia Wa's flute and Caribbean groove, combined with the cool Ka (Ra) mi electro sounds, lead to the exploration of a new musical genre that they call Karibfutursound.

Discovered alongside David Walters, the singer and flautist Celia Wa offers a Neo Soul with a French West Indian touch. Raised from an early age to the rhythm of the Ka of Georges Troupé's school, Celia first went through Hip Hop dance before returning to music and releasing this 3rd EP produced by Victor Vagh, the man behind Flavia Coelho's sound. ... more

Bandcamp Daily  your guide to the world of Bandcamp